Bacteria and Breakouts: A Deeper Look into P. acnes

Posted by Barbara Ziehr at 9:22 AM in Cosmetics at Leissa's Hair Studio & Day Spa 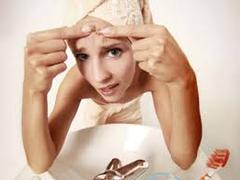 Bacteria and Breakouts: A Deeper Look into P. acnes

We’ve all experienced some form of breakout and sometimes it seems to have appeared overnight. How did this happen?! We immediately do a mental checklist of possible triggers—was it stress, hormones, diet, product? We know that on a basic level, acne occurs within the sebaceous follicle by excessive skin cells, sebum, inflammation and presence of bacteria known as Propionibacterium acnes (P. acnes).

However, we also know the process of acne is anything but basic. Let’s take a deeper look at the one element of this process that is always with us: bacteria.

P. acnes is part of the natural skin flora and accounts for about 87% of the bacteria. It grows deep inside follicles, lives anaerobically and feeds on the sebum produced by the sebaceous glands. For the most part, this bacteria can be relatively harmless; however, if follicles become plugged, the low oxygen levels and accumulating sebum create a prime environment for the growth of P. acnes.

Porphyrins as seen through VISIA

Using sebum as an energy source, the bacteria produces lipase that converts triglycerides into glycerol and fatty acids, causing inflammation and irritation. The inflammation then triggers the innate immune response and white blood cells are activated. Next they release destructive enzymes and free radicals that causes extensive damage to the surrounding tissue. This damage often stimulates the production of more pro-inflammatory mediators, making it easier for the bacteria to multiply and continuing its vicious cycle. By understanding the behavior of P. acnes, we can get a better handle on how it can be managed for acneic clients.

The Other P Word

P. acnes produce porphyrins, which are groups of organic compounds that play major roles in processes like oxygen transportation and photosynthesis. When observing skin under a Wood’s lamp, you may even see them as fluorescent spots or dots. P. acnes synthesize and store large amounts of porphyrins that ultimately pays favor to LED treatments, such as using a Blue light to treat acne. The Blue light excites the Porphyrins that causes them to release free radicals into the bacteria therefore killing them from the inside out.

The bacteria also produces a natural self-protection mechanism called biofilms. These are clusters of bacteria that are attached to a surface and are embedded in a sticky slime layer. The biofilm surrounds the microbes and helps it adhere to the follicle and can further promote hyperkeratinization. This same biological glue that allows the cohesion of the biofilm could also cause keratinocytes to stick together creating comedones.

Research has also shown that the formation of biofilms seems to be a natural behavior for bacteria, but this formation has a consequence—it appears to be resistant to antibiotics, a common therapy for the treatment of acne including topical and oral medications. It is suspected that the antibiotics are not able to penetrate into the biofilm because the bacteria are tightly packed into a cluster.

What’s in a Strain?

P. acnes reside in the pilosebaceous unit, but its presence doesn’t necessarily mean that an individual is going to have acne. Several studies have indicated that specific strains of P. acnes bacteria are more commonly associated with acne prone skin versus normal skin, which may point to why some individuals are more predisposed to breakout while others are not.

A UCLA study discovered that acne bacteria contain “bad” strains associated with pimples and “good” strains that may protect the skin. Through metagenomics, or the study of collection and analysis of bacteria in our environment, research has uncovered three specific strains of P. acnes in the skin’s microbiome; two that are found to be dominant in acneic skin and one strain in healthy skin.

As scientists continue examining the relationship between our microbiome and acne, we can at least steer our clients to specific key ingredients to help contain acne formation and keep P. acnes at bay.